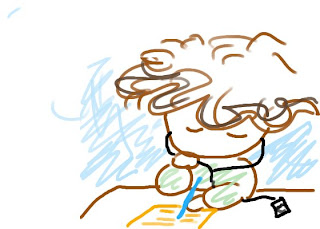 I listened to this talk delivered by Bryan Stevenson, A Professor of Law at NYU Law School, to The DePaul College of Law Symposium. The subject is on Mental Illness and Capital Punishment in Alabama. I think the audio is only available in iTune U channel of Apple iTune application.

Strongly recommend to listen to.

Bryan is an excellent speaker. It is not only because he masters the art of public speaking, but also because he has many real stories, and an important message, to tell.

First comes the big picture: USA has the highest proportion of adult population behind the bars. It is a result of the so-called War on Drug. People will be thrown into jail by the Authority for procession of drug of any quantity. Those suffered most are — surprise, surprise — are women and children. It is because once anyone has been a convict, he or she will be automatically excluded from a majority of social security program such as food stamp and cheap housing.

Since many of these female convicts have children that they have to take care of, it is not hard for us to imagine the financial hardship these families have to face once they are released from jail, and how disadvantaged the kids are going to be. Poverty of this level has two consequences: they are more likely to have problem with the Authority; and if they suffer any mental illness, they are usually gone unnoticed or ignored.

As a rule of thumb, if someone seeks professional psychiatrist to defend himself in court on the ground of insanity, you will find this person, more often than now, can actually reason logically, can talk cohesively and have no problem understand consequence from a given action.

Poor people with real mental problem simply do not have access to or cannot afford professional help.

There is this terrible example of death sentence: A young man has stabbed his boss to death when his boss tried to sexually harass him. This happened in his boss’s car. The young called 911 for help.

The young man was taken to court the next day 9:00 a.m. Three witnesses ware called: The Police call center operator who took the 911 call, the young man’s colleague and the pathologist who conducted the autopsy. The colleague said since the same boss have any taken any sexual advantage of him, he did not believe his boss was gay. And — surprise, surprise, the pathologist lend support to this argument by saying that his thorough examination of the corpse proves that the victim was not gay. Hearing was adjourned at 10: a.m.

Since the death occurs in an automobile, the young man is charged with a first degree murder — a result of law reminiscent from the era of drive-by shooting. At 4:30 p.m. same day, a death penalty was handed down to this young man.

During this course of event, no one has checked the past history of this young man, who has been abused and raped as a teenager.

When he was locked up in jail to wait for his final chapter of his life, his psychosis was getting worse. He withdrew his appeal. He cut off one of his testicles, and almost killed himself. Then months later after this, he cut off the remaining one. At the end, he was executed by the State, and his case was never reviewed by either state court or Federal court.

Why, a country, as advanced as USA, cannot have some mercy for people who suffers so deeply from mental disease they have absolutely no control of?

(I am in a contemplative mood)